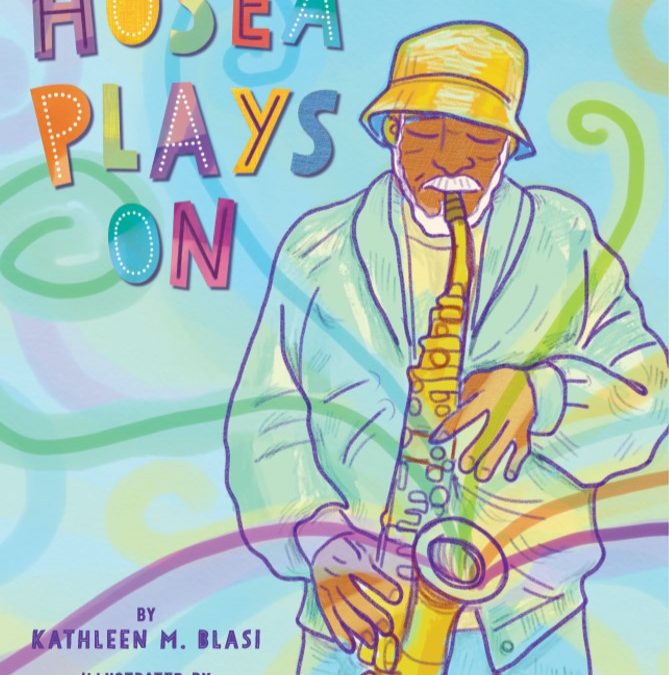 January 7, 2020, is publication day for my picture book Hosea Plays On (Sterling Children’s Books, illustrated by Shane W. Evans)!  Based on a real street musician and community advocate, Hosea was originally slated for September 2018. I won’t tell you I wasn’t disappointed when the date was pushed out. And when my good friend and writing pal, Andrea Page, told me that she believes things happen when they’re supposed to, I nodded politely, happy that worked, at least, for her.

Turns out, though, Andrea was onto something.

The time frame for Hosea has allowed me to connect more deeply with people who knew and loved Hosea Taylor, Jr. It afforded me a chance to become more of a part of my own community—and to further appreciate the impact of Hosea’s loss. My research for the book is finished, but now I visit the City of Rochester Public Market (the story’s setting) more frequently than I used to. I’ve come to respect and enjoy the warmth and camaraderie that is evident among the Market’s vendors and patrons.

Also, January 7th is my brother Mike’s birthday. When I was little, Mike was the one who routinely read to me. I have a vivid memory of cuddling up beside him on our burnt-orange sofa (hey, it was the 70s). Coming from a large, noisy family, it’s no wonder that memories of quiet moments sharing a book with my big brother are so clear.

In 2002, knowing I had been tinkering with a children’s book (A Name of Honor, Mondo Publishing, 2006), Mike told me of a local 1-day children’s writing workshop. “I’ll go with you,” he said. And it was there a fire was lit within me to give that children’s story an earnest shot. A few months later, when I learned of an out-of-town conference but was uncomfortable going alone, Mike went with me. On the way, he asked me to read aloud my story. I’m grateful for his respect and attention for what I now know was a very rough draft and for what was the first of many read-alouds that led to revision.

So, it seems, Hosea Plays On is right on time.